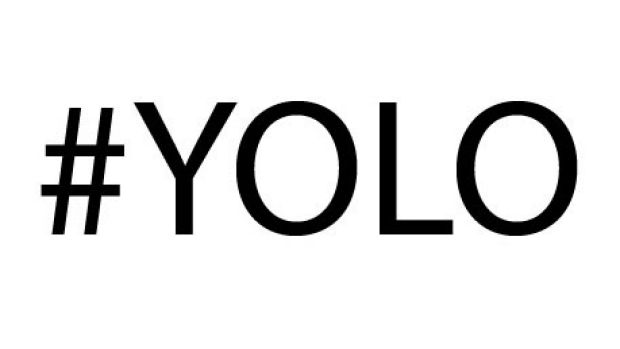 There are times in your life when you are given something, a message to heed or advice to hear, or a sign of sorts, and you’re meant to pay attention. And when you ignore it, as undoubtedly we all do, the messages tend to get louder.

I remember when I was a pre-teen, I received the book The Blue Castle as a gift. I read it repeatedly, and in the 30 or so years since, have thought about it often. As much as I adore Anne of Green Gables it has always been, for me, the L.M. Montgomery story which most touched my heart.

It’s the story of Valancy, an old maid by 1920s standards, living with her dreary family, destined for a dreary life, until the day she is issued a terminal diagnosis. This sudden news was her get out of jail card. It liberated her from having to worry about what people thought, what her family would say about this or that, and of all things, her propriety. She began acting on whim and literally changed her life, one spontaneous decision at a time. She got married, moved to a cabin in the woods and found love, in that order. And she became herself, her true self, the self that had previously been hidden away unseen. She learned happy.

As an angsty pre-teen, one who hated being kept on a leash, this story offered me a path, an escape into beauty, a way of living. I understood it’s truth and appreciated it.

But that doesn’t mean I was ready to hear and heed. It was way too easy to stew in feelings, brooding against the oppression I felt having protective parents. I honestly felt like my life couldn’t start yet, not until I moved away from home.

So I moved away for university, but my life couldn’t start yet until school was done.

Bills, mortgage, kids, school, work, hating this work, needing new work, more bills, that reno to do, homework, this bathroom is disgusting, so much work to do, so many things to plan for, and anyway, what’s for dinner?

There is always something going on ahead of me, just out of reach, that I need to take care of and plan for. Something that stops me from committing fully to living.

It’s that quote you hear about being on a train and waiting to arrive at your destination for the journey to begin. The destination is death. The journey is the train ride. We never get that. I didn’t. On a cerebral level maybe, but I never let it sink in.

There have been times in my life when it should have. I had a depression at 25 that I bounced back from, but rather than grabbing life by the horns I kind of sat back with the attitude that I got myself out of the hole, life needed to do the rest. Didn’t happen. There was that near car accident. And that other actual accident. There was that time I was standing at the edge of a cliff in Newfoundland and the ocean jumped up and threw a wave over my head, knocking me off balance. There are my thyroid flares, which are a constant reminder that I’m holding on to too much shit. My miscarriages. That time in my 20s when I had severe leg pains, and the doctor tested me for cancer, that was scary. And there’s that time a few months ago, when an unknown mass was found in my uterus. There was that “c” word again.

When you don’t listen to life knocking on your door, it will just knock harder the next time.

In life I have learned the value of humility, the deception of ego, the impact of karma. I don’t like to harp too much on anything concrete—I don’t like to say that I know anything for sure. But I do actually know one thing for sure, and it’s that I am responsible for this life of mine. Just me. Not the kid who teased me on the bus when I was a kid, not my mom for not letting me go to that party, not the boss who micromanaged me to insanity, not my kid for throwing that epic tantrum in public. Just. Me. This life is mine to live, or mine to waste. That choice it mine. That’s what free will means, I have the freedom and responsibility to make that choice.

And it is a choice. There is a light switch inside all of us that gets flicked, or not flicked, with every decision we make. Flicking the switch is not always easy, it’s actually often quite hard. There can be anxiety in your chest, your breath caught in your throat. It can require bravery and conviction. It requires a fair amount of surrender—also known as not giving a shit about the outcome. There are tools out there to help us.  Aisles of self-help books, yoga classes, vitamins, psychologists, and crystals. Mediation, exercise, diets and adult colouring books. But these are just tools, they can do no more than assist.

If you want to remove a screw from a wall you use a screwdriver. If you don’t have a screwdriver, you’re going to try a knife, a coin, your fingernails, a credit card, or even get in the car and go to the store to buy a screwdriver. But one way or another, you’re getting that baby out. You have conviction. You’re taking action. This is not a passive activity. That screw comes out not because of the tools used, but because of your conviction.

And it’s the same with life.

I know this. I have always known this.

The past few months have awakened this awareness within me. That switch has a glowing neon arrow pointed right at it. It beckons me. It says, you can keep giving a shit about meaningless shit, or you can come this way and focus on what’s actually real. What’s your choice? Are you brave enough to flick? Or are you too busy cleaning the bathroom?

But, it reminds me, the next time I’ll just have to knock even louder.

In my life I have constantly sought moments of freedom via experiences I have chosen. Whether it be ziplining or skydiving or scuba diving, or simply long hikes or sojourns by the sea, these experiences have offered me temporary relief from caring about inconsequentials. They also have been tools, providing me nothing more than a few minutes of insight. It’s enough to know that more is possible, not enough to push me over the edge. Only I can do that.

People use YOLO as an excuse to allow them to do stupid things. Selfish things even. Mid-life crises because YOLO. No. You only live once means be smart. Use your heart. Don’t take love for granted. Be a kind person. It means, you will die, so how do you want to live?

It’s all the idioms and axioms and euphemisms you’ve ever heard of in your life. It’s the barrage of quotations and the advice you give to others that you never give to yourself. It’s much ado about nothing.

Flick the switch. Or not. It’s actually quite simple.

Live life, or not. Totally your call.

Am I brave enough?

As for Valancy in The Blue Castle, it turns out she wasn’t dying after all. But man, did she live.

One thought on “YOLO”